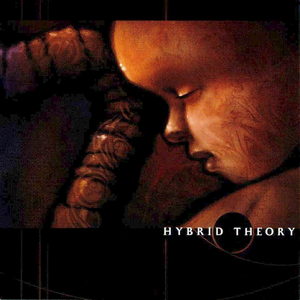 Hybrid Theory was the debut EP by Hybrid Theory, recorded and self-released in May 1999 (see 1999 in music). Later that year, the band changed its name to Linkin Park and signed to Warner Bros. Records. Hybrid Theory was re-mixed and remastered for another limited release in 2001, with minor changes in the credits and artwork, for members of Linkin Park’s fan club. The financing for the original pressing was obtained through a publishing deal with Zomba Music Publishing after one of its representatives, Jeff Blue, heard the band playing at the Whisky a Go Go. Initial sales were merely a handful but the band persisted. They began plugging the album in chatrooms and sending free copies to anyone who expressed interest. An informal ‘street team’ developed from the on-line community to spread the music. Some songs from this EP turned up in later releases by Linkin Park. “Step Up” appeared on the “In the End, Pt. 2” single. Samples from that song were also used in “Kyur4 th Ich” on Linkin Park’s Reanimation album, and The X-Ecutioners’ “It’s Goin’ Down”. “And One” and “Part of Me” were included on the 2008 Linkin Park compilation EP Songs from the Underground, released by Best Buy. A re-recorded version of “High Voltage”, with a different chorus and some new lyrics, appeared on the “One Step Closer” single and as a bonus track on some versions of Hybrid Theory. Evidence’s remix, featuring Pharoahe Monch and DJ Babu, appears on Reanimation. Elements of the hidden instrumental were used in the Meteora instrumental, “Session” User-contributed text is available under the Creative Commons By-SA License; additional terms may apply.