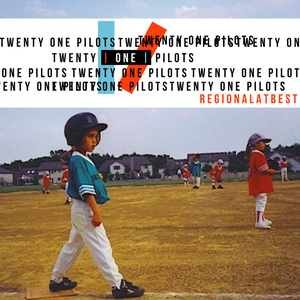 Regional at Best is the second studio album from American alternative band, twenty one pilots. The album was independently, or self-released, on July 11, 2011. The album was originally available digitally and physically, it has however since been pulled from most of the Internet and is no longer in print. User-contributed text is available under the Creative Commons By-SA License; additional terms may apply.