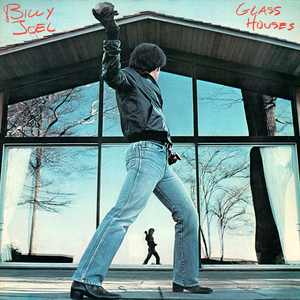 Glass Houses is the seventh studio album by American singer-songwriter Billy Joel, released on March 10, 1980. It features Joel's first song to peak at #1 on Billboard's Pop Singles chart, "It's Still Rock and Roll to Me." The album itself topped the Pop Albums chart for six weeks and was ranked number 4 on Billboard's 1980 year-end album chart.[3] The album is the 41st best selling album of the 1980s, with sales of 7.1 million copies in the US alone. In 1981, Joel won a Grammy Award for "Best Male Rock Vocal Performance" for his work on Glass Houses.[4] According to music critic Stephen Thomas Erlewine, the album featured "a harder-edged sound" compared to Joel's other work, in response to the punk and new wave movements.[5] User-contributed text is available under the Creative Commons By-SA License; additional terms may apply.