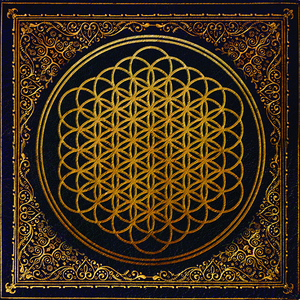 Sempiternal is the fourth studio album by British metalcore band Bring Me the Horizon. It was released on April 1, 2013 through the Sony Music Entertainment subsidiary label, RCA all around the world excluding the United States and Canada where it was distributed by Epitaph Records. Written and recorded throughout 2012, Sempiternal showed the band pool diverse influences from electronic music, ambient music and pop. "Sempiternal" is an archaic English word denoting the concept of "everlasting time" that can never actually come to pass. It stems from the Latin root word "Sempiternal". The album's cover art is a depiction of the Flower of Life. It is the first album to feature keyboardist Jordan Fish and was believed to be the last album to feature guitarist Jona Weinhofen. However, Weinhofen's role within the album's development has been faced with controversy. User-contributed text is available under the Creative Commons By-SA License; additional terms may apply.