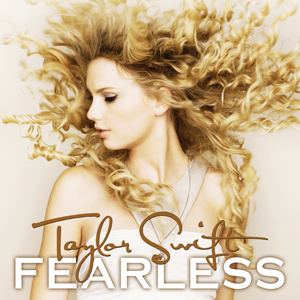 Fearless is the second studio album by American country pop artist Taylor Swift. It was released on November 11, 2008 (see 2008 in country music) on Big Machine Records. "Love Story", the lead-off single, became Swift's third number one hit on the Billboard country charts and her highest Billboard Hot 100 entry. Four other digital-only singles — "Change", "Fearless", "You're Not Sorry", and "You Belong with Me" — respectively reached #10, #9, #11 and #12 on the Hot 100 based on downloads. User-contributed text is available under the Creative Commons By-SA License; additional terms may apply.