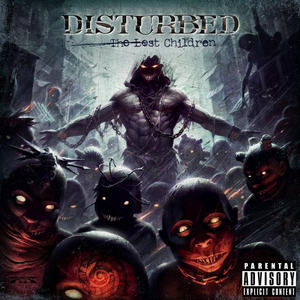 The title comes from the band calling the songs "their children", because they can't pick a favorite. The Lost Children features all of Disturbed's b-side tracks that were recorded during a time period of 11 years with the exception of the song "Glass Shatters" which is only available on WWF Forceable Entry. The only song on the album not previously available is "Mine". A track titled "3", which was originally released as a digital single on disturbed1.com for a campaign backing the West Memphis Three, was not originally intended to be released on the album but was included due to a surprise hearing for the West Memphis Three, resulting in their release from prison. The album artwork was revealed on September 22, 2011. "Hell" was announced as the first radio single for the album. User-contributed text is available under the Creative Commons By-SA License; additional terms may apply.